Vocabulary can be a large point of confusion here when first starting out.

There are quite a few custom Nav2 BT nodes that are provided to be used in the Nav2 specific fashion. Some commonly used Nav2 nodes will be described below. The full list of custom BT nodes can be found in the nav2_behavior_tree plugins folder. The configuration guide can also be quite useful.

The above list of condition nodes can be used to probe particular aspects of the system. Typically they will return SUCCESS is TRUE and FAILURE when FALSE. The key condition that is used in the default Nav2 BT is GoalUpdated which is checked asynchronously within particular subtrees. This condition node allows for the behavior described as “If the goal has updated, then we must replan”. Condition nodes are typically paired with ReactiveFallback nodes.

The PipelineSequence control node re-ticks previous children when a child returns RUNNING. This node is similar to the Sequence node, with the additional property that the children prior to the “current” are re-ticked, (resembling the flow of water in a pipe). If at any point a child returns FAILURE, all children will be halted and the parent node will also return FAILURE. Upon SUCCESS of the last node in the sequence, this node will halt and return SUCCESS.

To explain this further, here is an example BT that uses PipelineSequence. 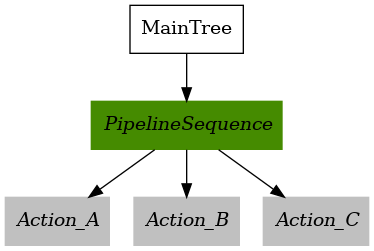 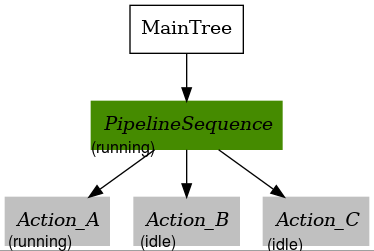 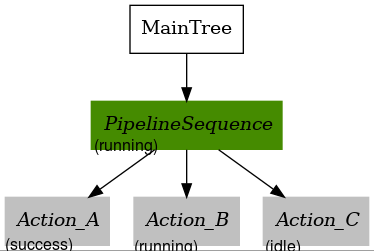 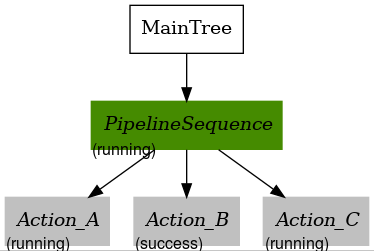 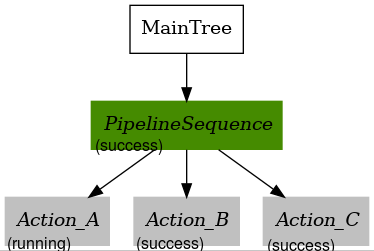 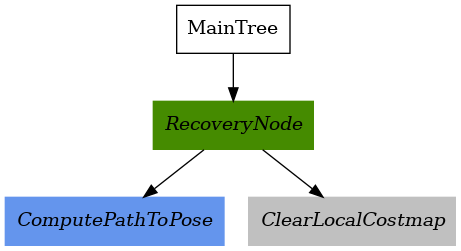 The RoundRobin control node ticks it’s children in a round robin fashion until a child returns SUCCESS, in which the parent node will also return SUCCESS. If all children return FAILURE so will the parent RoundRobin.

Here is an example BT we will use to walk through the concept. 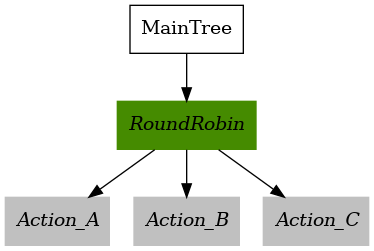 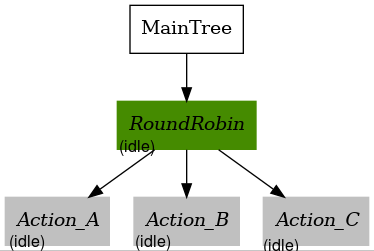 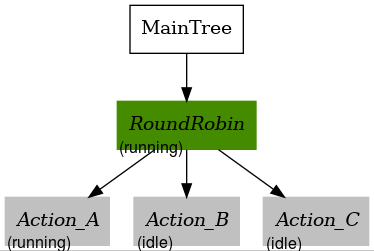 3. Upon the next tick, let’s assume that Action_A returns FAILURE. This means that Action_B will get ticked next, and Action_C remains unticked. Let’s assume Action_B returns RUNNING this time. That means the parent RoundRobin node will also return RUNNING. 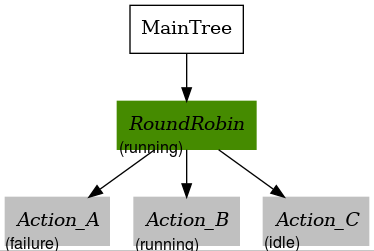 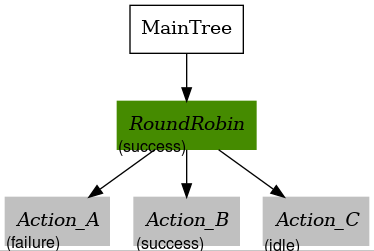 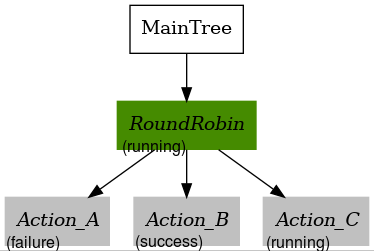 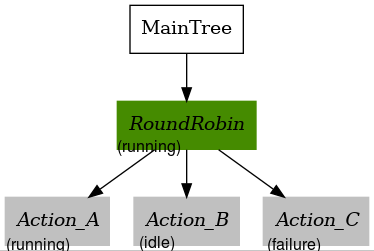 For additional details regarding the RecoveryNode please see the RoundRobin configuration guide.